Determining Fault After an Accident

Who is at Fault?

Determining Fault After A Car Accident

In a personal injury case brought about due to a car accident, proving fault is number one on the list of pertinent tasks that need addressing. Without successfully proving fault in your case, you will not be able to procure the compensation you deserve. Therefore, determining who is at fault, or who is liable, after a car accident is vitally important.

Be sure to check out our Ultimate list of personal injury questions for even more answers!

We also published an Atlanta accident map to determine where accidents, injuries, and fatalities are most common on Atlanta roads.

Understanding The At-Fault Element in an Accident Case

The state of Georgia is an “at-fault” state. This means if you were the victim of a car accident in Georgia, you can seek compensation from the “at-fault” driver. To prove fault, though, you have to show valid proof the other driver either failed to exercise caution or was negligent in some way, which led to your accident. If there is a loophole to be found concerning the fault of an accident, the at-fault driver’s insurance company will most assuredly utilize it to try to get out of paying. Therefore, it’s important when you prepare for such a case that you make sure you prove beyond a shadow of a doubt that the other driver was, in fact, responsible for the accident occurring.

If true, you can argue the following points to prove the other driver in your accident was at fault:

They violated traffic laws while driving. For example, they changed lanes without a signal, they ran a red light, didn't yield, they were speeding, etc.

Questions about an Injury Accident?
Call for a Free Consultation
CONTACT

The Importance of an Attorney in a Car Accident Case

When you hire a personal injury attorney, they will guide you through the process of proving fault. They are well versed at what it takes to prove another driver negligent. They also know how to go toe-to-toe with an opposing insurance company and come out victorious. Therefore, hiring a personal injury attorney whose practice areas include car accident cases, is vital to getting the compensation you deserve. However, before you even get to the point of hiring an attorney, you can begin helping your case by procuring the following items if you don’t have them already. If you do, then make sure they are all together, so they are easy to access when it comes time to meet with your attorney.

The police report is perhaps the most important document you have on your side when proving the other driver at fault. Of course, police aren’t always called to accidents. They are present at the vast majority; however, and their presence means they will create a police report of your accident. A police report is a written recollection in the officer’s view of your accident. These reports are often full of evidence that can help you prove another driver at-fault. A police report in part will include information like each car's speed when the accident occurred. The officer will come to this knowledge by observing the length of the skid marks on the road. The police report also shows if the officer issued a ticket at the scene. In general, it contains a vast array of information that can help you prove your case. At the time of your accident, you should ask the officer how to get a copy of the police report. If that time has passed, call your local government office and ask how to get a copy of this important piece of evidence.

Other important ways to prove fault include photographs, any video footage that might be applicable and statements from witnesses who were at the scene. Unfortunately, many of these aspects are hard to come by weeks after an accident. That is why it’s important to take action immediately after you have an accident if possible. Take your phone out and photographically document the accident scene (make sure to stay safe). Ask individuals who witnessed the accident if you can take down their names and information. Ask them for a brief testimony and write it down. If you didn't think to or were unable to because of an injury, sometimes, their names and information will be listed in the police report. Also, find out if any video cameras might have caught the accident and contact the proper individuals to get a copy as soon as possible. Many businesses will erase their video after so many days, so it’s important to act fast.

"I believe that there is no fight that is too small or too big to fight when seeking justice for my clients."

Types of Accidents That Probably Won’t be Contested

As stated above, the other driver’s insurance company will likely fight you when it comes to compensation. This is true in virtually all cases, except the following. In these cases, insurance companies know that proving their client’s innocent or even only partially at fault will be next to impossible. Therefore, they will often settle out-of-court and not argue too much. They are as follows:

Rear End Accidents: If you were hit from behind, you have a great chance of proving the other driver at-fault. That’s because there are very few situations that involve a rear-end accident that isn’t the fault of the driver who hit you from behind. Even if you stopped suddenly, by law, the driver following you should have left enough room in between your cars to avoid hitting you. Therefore, if the back of your car is damaged and the front of the other car, the fault is pretty obvious.

Left-Turn Collision: Another accident that lends itself easily to proving fault is a left-turn collision. In nearly all situations, the fault of said accident will fall on the driver making the left hand turn. This, of course, is because in almost all cases, a driver turning left is supposed to yield to oncoming drivers.

Contact us to learn more about how to prove fault in a car accident case. Remember, the sooner you call, the easier it will be to prove your case and get you the compensation you deserve. 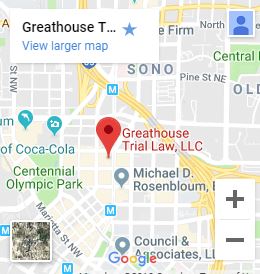